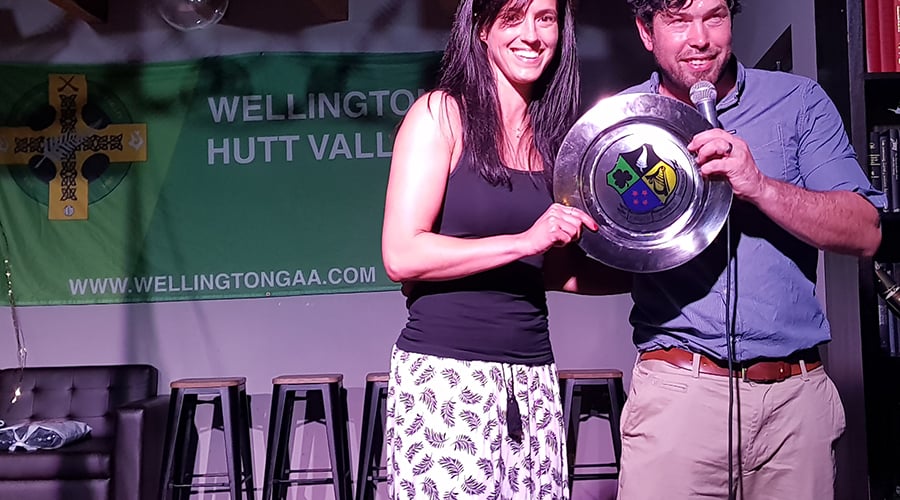 For this season of socials, we separated the teams into two leagues: junior and senior, with the aim of providing a fairer competition where teams of similar levels were grouped together.

On finals day, conditions were perfect for football and hurling. Final group stages leading to the semi-finals all hosted competitive games bringing Whelan 'n' Dealin vs Kāpiti Coast Keas in the senior final, and Fr Mangans and the Altar Servers vs Trenebolone Sandwiches in the junior final.

The senior final was one of the toughest and longest matches seen in Wellington with the Keas coming out on top after going to extra time twice.

Fr Mangan and the Alter Servers were promoted to the senior league and Mayo4Sam were relegated to the junior league. The next leagues commence in January 2018.