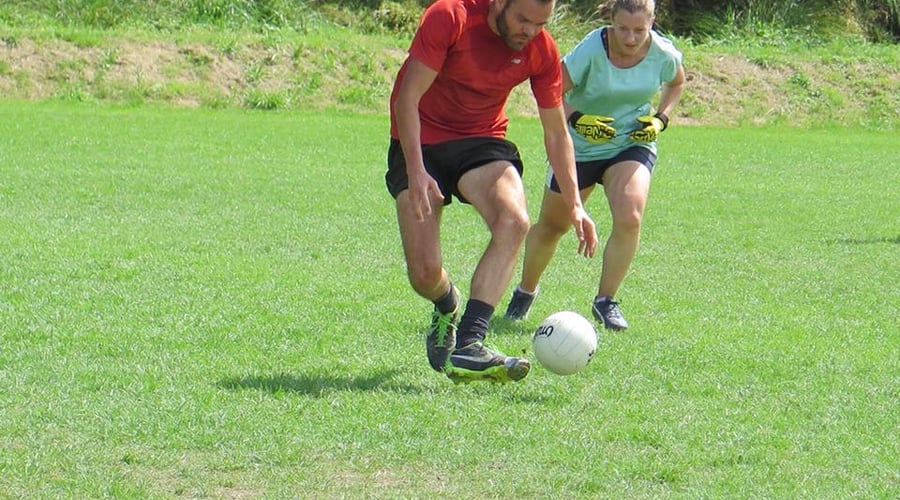 It was an early start on Saturday with a few heavy heads from the team dinners the night before, but all the teams were out in full force after a Berocca/hair of the dog. The morning came to a start with Fr Managn and The Altar Servers vs Whelan 'n' Dealin’. A tightly fought game eventually came to a close with Fr Managns taking the win and a place in the final.

In the other senior semi-final, Kāpiti Coast Keas faced the Wednesday Club. After a solid back and forth, the Keas won out.

The senior final saw Fr Mangans vs Kāpiti Coast Keas. A hard-fought match concluded with the top of the league's team keeping their number one seat and winning the day.

In the junior matches, Eiretearoa played the Trenbolone Sandwhiches. The Sandwiches fought hard for the win to get into the junior league final.

The second junior semi-final saw a face-off between The Iggheads and Mayo4Sam, with the latter taking the win in great fashion.

In the final of the junior teams, after a great match, the winner was Trenbolone Sandwiches. Fantastic games throughout the day and a big thank you to both the players and those who supported on the sidelines.

Later that night, all the teams celebrated in D4 on Allen. It was a celebration for the winners of the day, but also a fond farewell to two very important members of Wellington/Hutt Valley GFHA, Bryan 'Badger' Downes and Ciara O'Leary. We wish them safe travels and best of luck in their next adventure!